Oppo F15 Launched with Helio P70, 48MP Quad-Cameras at Rs. 19,990 in India After teasing the latest F-series smartphone, Oppo has launched Oppo F15 today which sport a sleek build, good chipset, 48MP rear camera and many more. This smartphone is the successor of the previously launched Oppo F11. 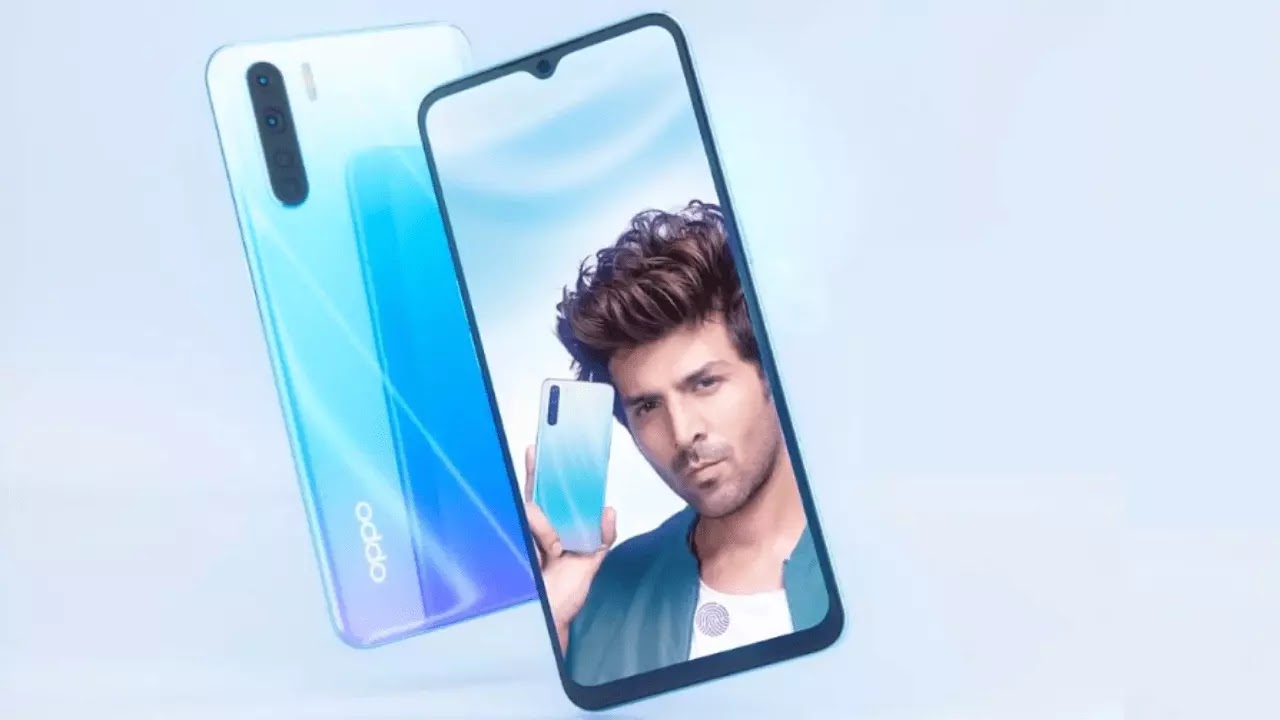 Oppo F15 has 7.9mm in thickness which is pretty-much thin and comfortable to hold. The attractive gradient design on the back of the smartphone adds to charm along with minimal branding and quad-rear camera set-up.
This smartphone features a 6.4-inch Full-HD+ AMOLED display with a 2400 × 1080pixel resolution and a 90.7 percent screen-to-body ratio. It has a waterdrop notch up on the top featured with a 16MP (f/2.0) selfie camera. Since it has an AMOLED screen, so it also come with an in-display fingerprint sensor that unlocks in just 0.32 seconds.
Oppo F15 is powered with MediaTek Helio P70 chipset like its predecessor. It comes with only 8GB RAM 128GB internal storage variant and up to 256GB expandable storage using a dedicated microSD card. Oppo F15 runs Android 9 Pie based on ColorOS 6.1 out-of-the-box.
In terms of photography, Oppo F15 features a quad-camera setup on the rear including a 48MP (f/1.7) primary sensor, an 8MP (f/2.25) ultra-wide-cum-macro lens with 119-degree FOV, a 2MP mono lens, and a 2MP depth sensor. It also comes with some great camera features including Night mode, AI Beauty video, and more.
Oppo F15 is juiced with a 4,000mAh battery along with 20W VOOC 3.0 Flash Charge fast charging support that will top-up its battery up to 50% in around 30 minutes.
Price and Availability
Oppo F15 is priced at Rs 19,990 for the single 8GB+128GB variant in India. The smartphone comes in two attractive color variants- Lightening Black and Unicorn White. If you are interest in this smartphone then you can pre-order on Amazon India, Flipkart, and offline stores from today. Oppo F15 will go on sale starting from next week's January 24.