Microsoft is rumored to bring native Android app support to Windows 10 computers in 2021 via the Microsoft Store, as per sources. 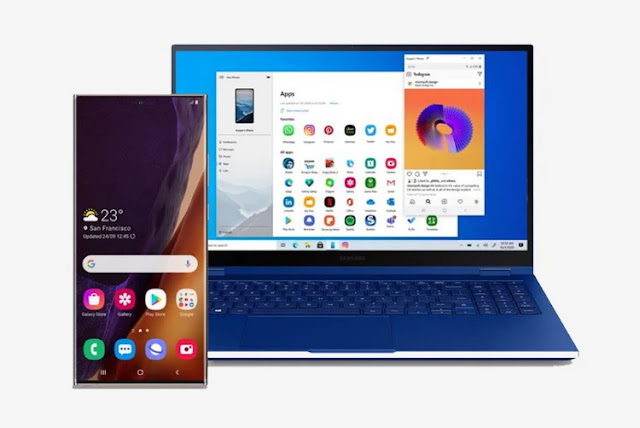 Just a couple of years ago, Microsoft was making a call for Windows 10 Mobile but had to ultimately shut it down. But somehow, the company has shifted its attention towards Android and building out Cortana and Microsoft Launcher as standalone products. And, the much-loved Your Phone app came into light soon after enabling users to connect their Android smartphones to Windows 10 PCs and access notifications, pictures, messages and more on the go. Microsoft is now rumoured and seen to be going a step further to bring Android app support to Windows 10 in 2021.

The company has currently allowed the selected Samsung smartphones to run Android apps on Windows 10 PCs using the “Link to Windows” feature in-built in them. Windows Central’s Zac Bowden states that Microsoft plans to make Android apps available on the Microsoft Store with this rumoured integration. He doesn’t specify how the company plans to make it work but ARM emulation could be the solution.

The option to run Android apps on Windows 10 PCs could build an extraordinary ecosystem compiling the Android world and Windows 10 world, especially when the new AppleM1 MacBooks can now run iOS or iPad apps without any hiccups. Microsoft has been trying its best to make it simpler for Android users to access key features, such as accessing notifications or photos, placing calls, and more via the Your Phone app.

As we mentioned, the company is currently allowing only selected Samsung devices to mirror their phone screen and run Android apps on their Windows 10 PC. This functionality recently got an update to allow users to run multiple Android apps in separate windows simultaneously.

The ability to run the Android apps on a Windows 10 PC could create a great ecosystem for Android and Windows and to compete against Apple ecosystem which is the best.