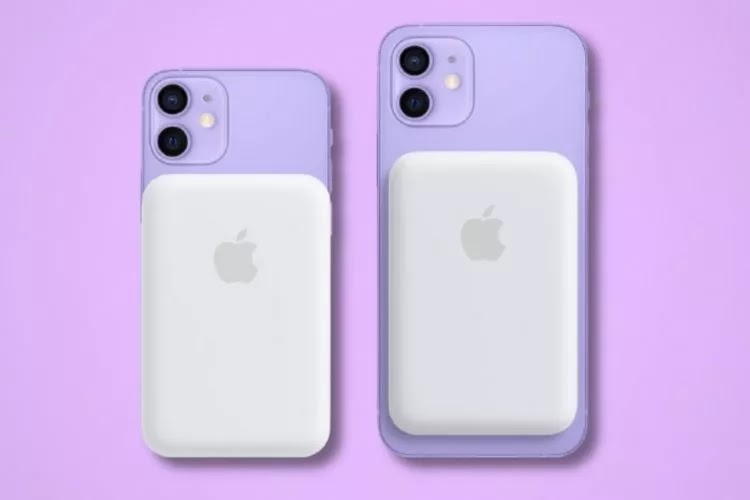 After announcing the MagSafe functionality on the iPhone 12 series last year, Apple has introduced several MagSafe-compatible accessories in the Market. Now the Cupertino giant has announced a compact MagSafe Battery Pack for the iPhone 12 series. You can magically attach it to the back of your device and juice it up wirelessly.

We have seen reports of a MagSafe-compatible battery pack being developed by Apple earlier this year, which is essentially a compact power bank for the iPhone 12 series. Following the rumors, Apple has now quietly launched the MagSafe Battery Pack in the market. It packs a small 1,460mAh (7.62V, 11.13Wh) battery and can start charging a compatible iPhone as soon as it is magnetically attached to it - without requiring to press any button or so to turn it on. You can also be able to plug a Lightning cable into the MagSafe Battery Pack to charge the pack alongside passing the current to the attached iPhone. This MagSafe Battery Pack charges all iPhone 12 series devices - iPhone 12, 12 Mini, 12 Pro, and 12 Pro Max at 5W-similar to what a traditional iPhone adapter offers. But, you can also plug a Lightning cable into the battery pack to charge the iPhone at a higher speed of up to 15W when connected with an adaptor of 20W or higher.

The MagSafe Battery Pack doesn’t come with a power adapter or a Lightning adaptor so simply have to buy them separately or if you already have it, you can use them.

On its official page, the Cupertino giant has mentioned that users can leverage a higher-than-20W power adapter to charge both the Battery Pack and the iPhone “even faster”. The MagSafe Battery Pack shows an amber status light when charging, but the battery pack will briefly show a green status light when it is fully charged. It also integrates well with iOS and shows unique animations which help you to track the charging status on the Lock Screen, Home Screen, and the Batteries Widget.

The recently launched MagSafe Battery Pack comes in white color along with a subtle grey Apple logo on the back of its body. This device requires iOS 14.7 or higher to work. This device comes in handy to quickly juice up the iPhone whenever needed especially when you’re away from a wired connection or you’re on the go.

The MagSafe Battery Pack may be able to charge accessories including AirPods if it shares the same underlying technology that Apple has provided on its MagSafe wireless charger. But, the company has not provided any such details. You can check out Apple’s official support document about the new MagSafe Battery Pack for more information.

The MagSafe Battery Pack is priced at $99 (approx Rs 7,400) in the US and is available on Apple’s official online store delivering from July 19. The company has also announced the Indian pricing which is Rs 10,900 (approx $145). But, the Battery Pack is currently not available in India, although it is listed on the official Apple India website so it is expected to launch soon.