Google has recently launched its best of line- Pixel 6 and Pixel 6 Pro with great changes. But that seems to be passed now as the company is focussing on introducing its mid-range line-up - the Pixel 6a – as we have got the first rendered images of the same. Here’s what the upcoming Pixel 6a smartphone might be like. 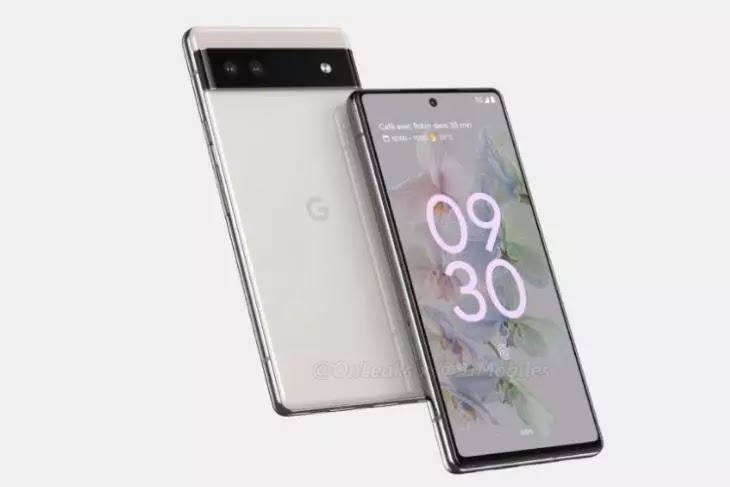 According to leaks, the Pixel 6a is expected to bring the same design as the Pixel 6 and the 6 Pro. So, we are likely to have the same huge rear camera bump and a centre punch-hole display. The image also suggests that the smartphone bringing the Pixel 6-inspired dual-colour scheme. The black camera strip is holding dual rear cameras and an LED flash. The back panel has also the usual “G” logo and it is likely to have a glass panel.

The smartphone is having volume and power buttons on the right side, a SIM tray slot on the left side, a USB Type C port along with a speaker and microphone grille at the bottom end. The smartphone follows its elder siblings as it won’t come with a 3.5mm audio jack. If it happens, it would be a first for a Pixel “a” line-up to not have it.

We don’t have the specs sheet for the Pixel 6a but we do some speculations. It is rumoured to be powered by a new mid-range Tensor chip or a Qualcomm Snapdragon 778G SoC. It could also have a 50MP Samsung ISOCELL GN1 camera sensor similar to the Pixel 6.

We are expecting it to come with up to 8GB of RAM and 128 GB of storage along with Android 12, up to 3 years of security updates and more. Similar to the recently released Pixel 6 line-up, the Pixel 6a is also expected to have an in-display fingerprint scanner. We’re expected to launch under the price bracket of Rs 40,000.

As these are early rumours only so it’ll be best to take them with a grain of salt and wait for official details to come to light. For more updates, stay tuned.